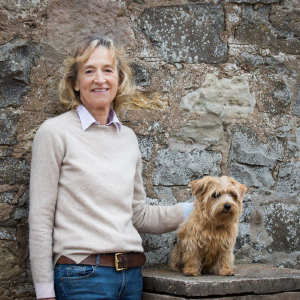 Clarinda moved to Craigie Farm with her husband John in 1973 and has helped run the farm since. She can be found making the delicious jam and marmalade you can buy in the Rhynd Café, as well as doing all the many tasks that need completed on a daily basis. She is the proud owner of two (not very well behaved!) Norfolk terriers called Porridge and Toast. 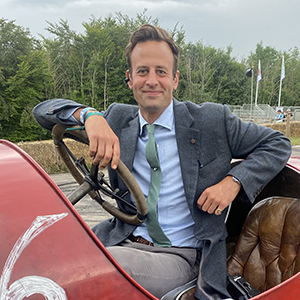 Ed started helping on the farm in 2012, and has helped launch the Rhynd Café, Event Space, and Rhynd Fitness. He’s a life-long motorsport fan, just like his father, and is the reason for the motorsport theme in the Café, having worked for Motor Sport magazine and Goodwood. He likes driving around in a 1961, 6.7-litre Chevrolet Impala, although the cost of fuel means he keeps the trips short... 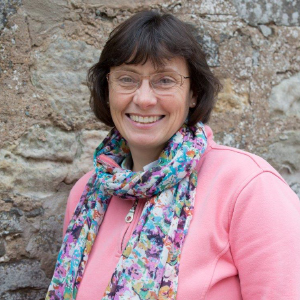 Rosalind has been at Craigie since 1995 and in that time she has helped organise the Ecurie Ecosse car tours, run the Scottish Clay Shooting Centre and endlessly troubleshoot the extraordinary number of problems that crop up on a daily basis. She currently helps look after the farm, and is one of the most important people in the business as she makes sure everyone is paid on time! 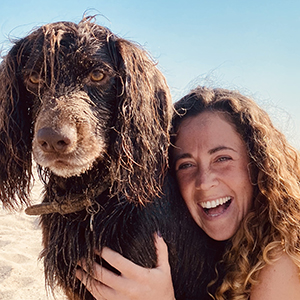 Lisa joined the team in 2018 and has done an amazing job bringing the Café and Event Space to the next level. Always smiling, she’s a qualified paddle board instructor and her heart lies by the sea. She has a keen eye for detail, and she is a self-confessed “hippie with a degree that can be found sliding around on the waves somewhere in Scotland”. When not at her desk, she can be found behind the counter at the Café. 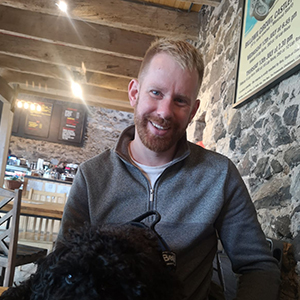 Sometimes camera shy Simon joined the team at the start of 2019 after six years in the building industry as a site supervisor and plant operator. He spent two years searching for the position at Craigie: "It really is my dream job". Armed with a passion for motorcycles and a healthy dose of OCD (which we're very thankful for!), he sets off with his dog Benji to fix, sort, mend, build and improve almost everything on the estate. 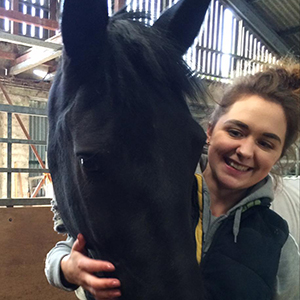 Nicola joined the team as head groom in September, 2020 and while she loves animals, she's also very talented in the gym: A silver medalist at the Powerlifting World Championships with Team GB, she is also an international Strongman competitor, plays centre for the Howe of Fife ladies rugby team and the Howe Harlequins. She is also a proud mother to Saluki Cleo and Carpathian Shepherd Karina. 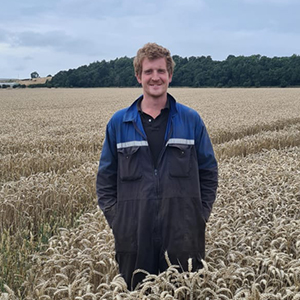 Stuart’s first farming work was at Craigie in 2006 when he was given all the good jobs: cleaning the grain drier, sweeping the sheds and roguing the biggest fields! He worked for Allan Myles for 10 years before starting at Craigie full-time in March, 2021. He enjoys the challenge, especially with so many changes in the farming industry at the moment. In his spare time, he can be found on the golf course, or trying to get his dog Archie out of a ditch somewhere. 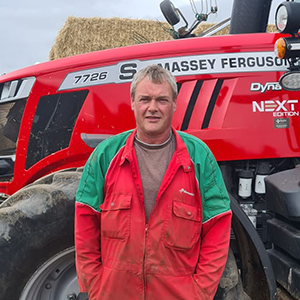 Charlie has been farming since 1986 and the majority of those have been spent working for Allan Myles at Claremont, Craigie and other farms across Fife. There isn’t much of the Kingdom that he hasn’t seen from the tractor (office) window. While he has struggled to find time for hobbies, he does like going abroad, when he’s not stopping the family dog Bruno from digging up the garden. 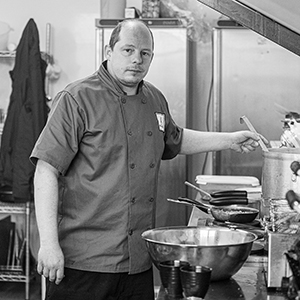 Kenny joined the Rhynd Café in spring 2018 and, come rain or shine, he is at the Rhynd, working away in the kitchen, producing his now-famous flaky sausage rolls and cakes, as well as everything else you see come out of the kitchen door. Much like the Fosters, he’s keen on using as many local ingredients as possible. Unlike the Fosters, he harbours a secret love of pies! 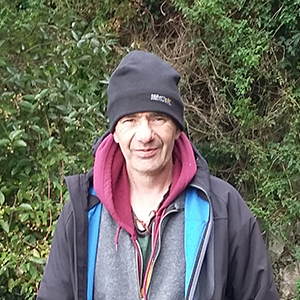 Scotson joined the team in May, 2021. With over 10 years vegetable-growing experience, he hopes to produce a wide selection of vegetables for the Café. When not filling in holes, he can sometimes be found cutting hedges, strimming and grass cutting. Currently in protracted negotiations with Frank, Porridge, Toast and Crumpet over what land will be available for vegetable growing. When not gardening Scotson enjoys walking, travel, chess and sport. 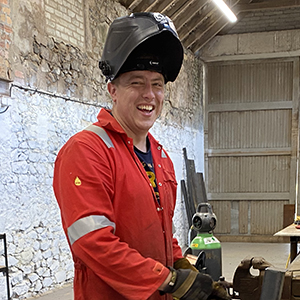 Conor joined the Rhynd team in June, 2021, after leaving the Royal Navy as an aeronautical engineering technician. While in the Navy he spent time welding Foxhounds, Land Rovers and other such things, he’s now mending farm machinery and making sports equipment for Rhynd Metalwork and Rhynd Strength. After work, Conor enjoys spending time with his two horses and two dogs in the beautiful Fife countryside. 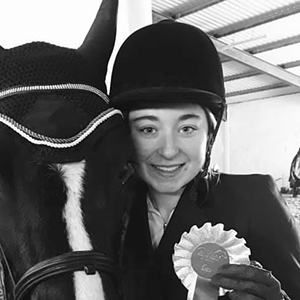 Elana is a key part of the Livery Stables team, looking after the farm's horses, as well as those here on livery. She splits her time between the stables and being a student mental health nurse at Abertay. She loves going out and competing on her horse, as well as going for walks with her dog. If she can find time for day trips and some food outings then she's even happier. 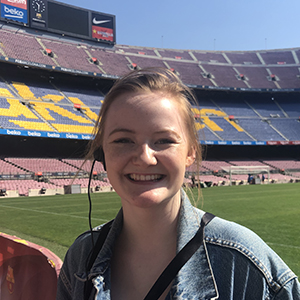 Izzy is off to college to study animal care, and hopes to study zoology at university. She has a passion for sharks and for her rescue German Shepherd. She's also a talented musician and composer and wrote a one-movement symphony that Kirkcaldy Orchestral Society played in 2019: "Still my biggest achievement to this day!" 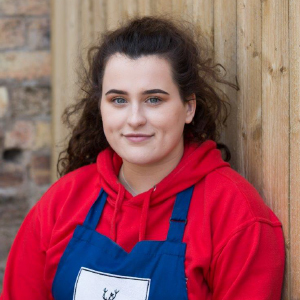 Ellis started at the Rhynd waiting tables, but her talent for cooking was soon discovered and she is being trained up by Kenny. She’s brilliant at the themed cakes for the likes of Mother’s Day, and she’s very quickly getting her head round everything in the kitchen. No mean task when the orders are coming in thick and fast. She loves dogs, which is always a good thing when the Café is full of them! 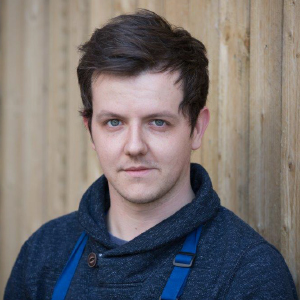 Matthew joined us the day the Café opened in June 2017. Back then we had half the number of tables, a quarter of the organisation and none of the experience we have now! He’s been instrumental in making sure the customers at the Café always have a great experience when they come in for tea, coffee or food, and is now an expert at setting fires in wood-burning stoves. 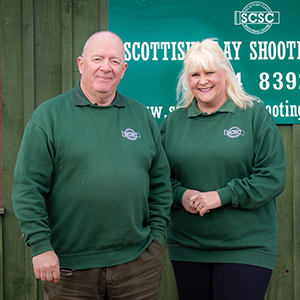 Just down the road from the Café is the Scottish Clay Shooting Centre, which Andy heads up with manager Rosalind. Along with Simon, he is spending a lot of time at the moment improving the traps and the ground, with new layouts and even some willow planting. The clay ground is open every Saturday, and by appointment during the week. 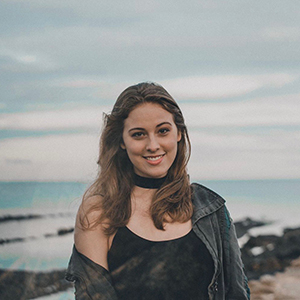 Rose joined the team in May, 2021, after graduating from the nearby University of St Andrews. Ask her about Art History any time! A stickler for grammar and a lover of puns, she’s been posting up a storm for the Rhynd’s café, venue, gym, metalwork business, and shooting ground. When not writing social media posts, she can be found cuddling with one of the many dogs around the farm. 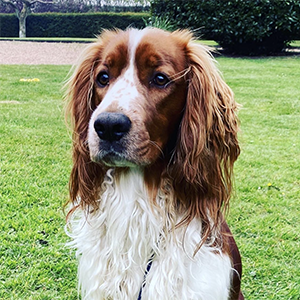 While Frank may be very beautiful, his lack of computing power does tend to let him down on occasion. He's been given the role of guard dog as, while he wags his tail whilst barking, it's a job he feels comfortable in. He sometimes takes it so seriously, he can't be stopped, which irritates his owner Ed. He is great friends with Porridge, Toast and Crumpet, and likes to refer to them as his "ma layyyydies". 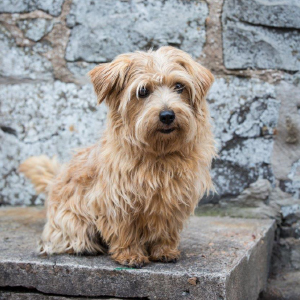 Porridge loves food. Despite rigorous training, she’s not that fussed about all the Café food being locally sourced and made on site. In fact, what she’d really love is to be lowered into the food bin and left to her own devices for several hours. She’s a keen mouse hunter, and loves to chase pigeons, although she does feel that their gift of flight is particularly unfair. Still, it won’t stop her trying. 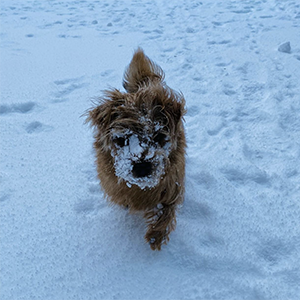 Toast joined the team in 2020 and has been making a nuisance of herself ever since: digging holes, chasing pigeons and licking everyone she meets. She gets very excited when she comes to the Café as there are just so many people to say hello to. She is great friends with Crumpet and they like to spend their days playing, eating, sleeping, playing, playing some more and then, just when you thought they were too tired to carry on, playing again. 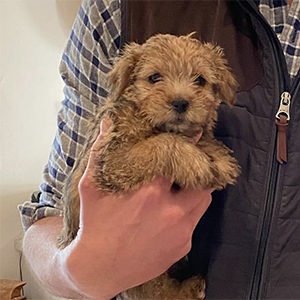 Crumpet is the latest of the Norfolk terriers to arrive at Craigie and loves to play. Especially with the other dogs when they are trying to sleep, launching herself on their snoring noses. She spends much of her time in the garden, digging and playing with Toast. However, she does like it when the postman arrives as she gets lots of attention and, if she smiles sweetly and wags her little tail, a biscuit. It's the dream.